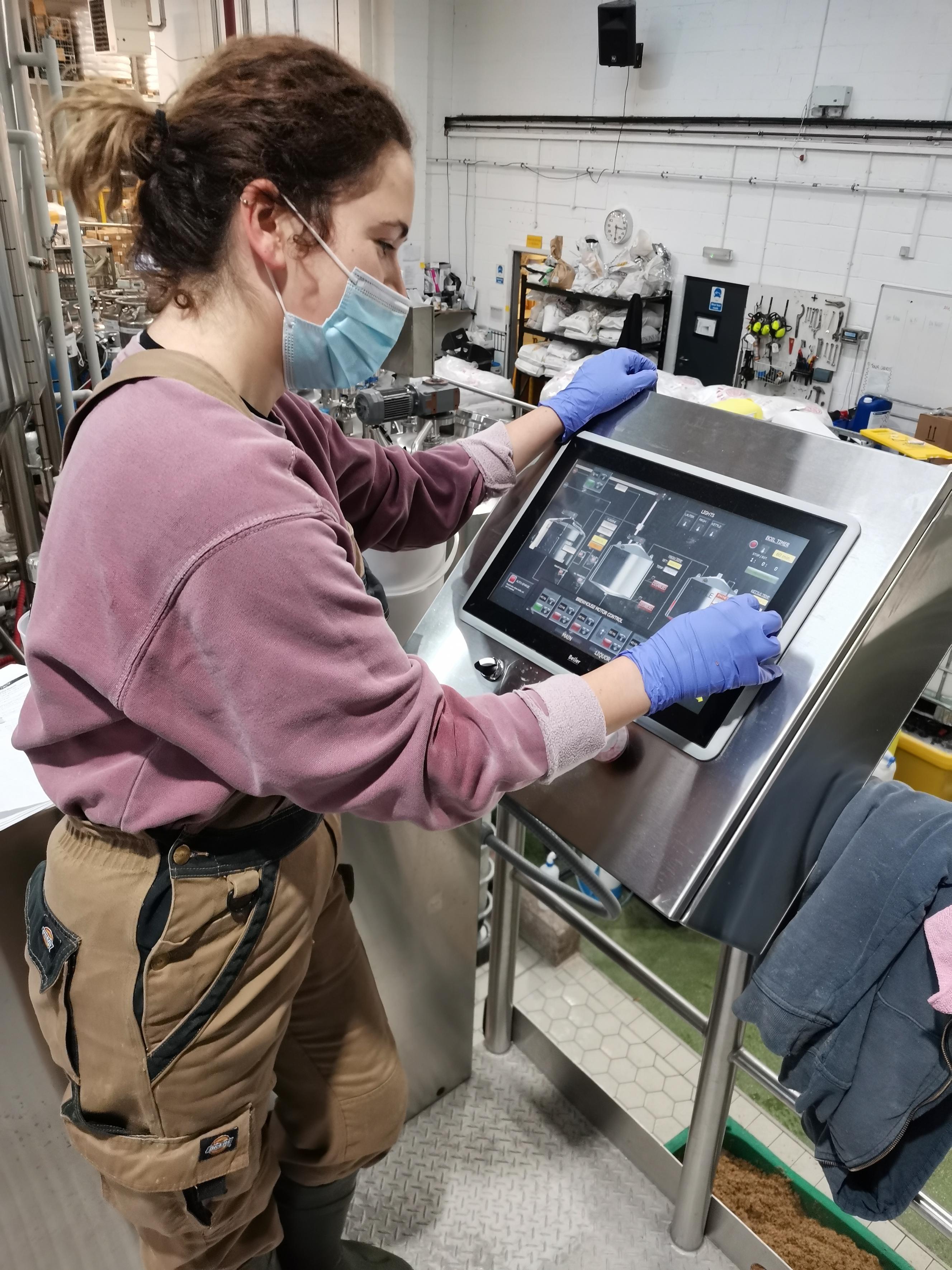 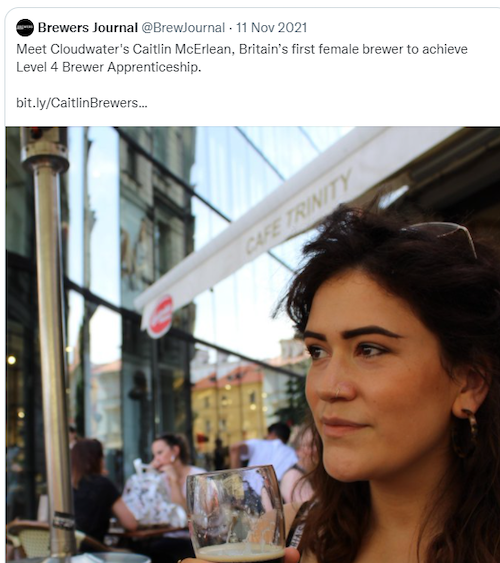 Caitlin McErlean’s interest in making beer began at university. Whilst studying for a degree in Chinese studies she also worked at a craft beer pub. Without a science-based degree though she was unsure how she’d ever become a brewer. It was only years later when working for Brewhouse and Kitchen that she heard about the L4 Brewer Apprenticeship. She applied to become an apprentice brewer and was accepted, working with hospitality specialist training provider, HIT Training.

“As soon as I got onto the brewing apprenticeship I loved it and knew it was what I wanted to do.”

“ I really enjoyed learning about the scientific aspects of brewing, such as enzyme activity. It was challenging but also stimulating. I liked working with other brewers and built a great network of brewing apprentices during the weekend workshops.”

After two years, Caitlin was ready for her brewing end-point assessment. Her trainer had encouraged her to complete a ‘mock EPA’ for preparation. Her brewing apprentice logbook, a compilation of all her learning, was a helpful revision tool for EPA. Asked what her top tip for EPA success is, Caitlin says,

“ Ask your training provider what the assessment criteria is – then you can prepare your revision around it.”

Also key to success was staying calm, Caitlin says. This is where her FDQ independent examiner was able to help. With clear explanations and friendly encouragement throughout the day he ensured Caitlin could do her best.

Happily, Caitlin’s hard work paid off. In September she achieved the highest grade possible for the Level 4 Brewing End-point Assessment – a Distinction.

She is now working as a Brewer in what she describes as ‘my dream job in my dream location’’ with Cloudwater brewery in Manchester, and says that the brewing apprenticeship,

“Really opened up doors for me.”

For more information about the L4 Brewer apprenticeship and end-point assessment contact us.